The Wrong Side of Renting

Renters in the U.S. are paying exorbitant amounts to stay in their homes. Few places have escaped rent price hikes, but we’ve recently discovered that many renters are suffering nightmarish landlords as well. In addition to historically high prices, tenants often encounter difficult, rude, and even dangerous property owners.

By surveying more than 1,000 renters across the country, Legal Templates has developed an accurate image of what the average renter faces regarding resident ownership. It turns out that the landlord-renter relationship today is often quite tenuous and sometimes even plagued with illegal behavior.

If you’re curious about how your landlord stacks up or the most common courses of action in the face of some sticky behavior, keep reading.

First, we gave respondents the chance to share their worst experiences. We also noted the average rent price increases in the same period. If your landlord is perfectly polite and law-abiding, consider yourself lucky – 45% of the participants in this survey shared that their landlord had acted inappropriately toward them at least once. Nearly a third of those reporting this type of behavior said their landlords had secretly recorded them.

Recording tenants doesn’t exist within a legal gray area; the law clearly specifies what is and isn’t permissible. Not all states require consent to have your conversations recorded, and many landlords choose to put surveillance equipment in common areas. That said, it’s never legal to be video recorded within the privacy of your home, and many landlords have crossed a line.

Things frequently escalated beyond just recordings. Of those reporting inappropriate behavior by their landlord, 30.3% said they were threatened verbally while 23.4% endured sexual harassment – neither of which are legally sanctioned.

Women were most often bearing the brunt of sexual harassment and verbal threats, while male victims were more likely to experience threats of physical violence. Despite these inexcusable and perhaps scarring incidents, rent prices have increased for 72.2% of respondents since 2020. Beyond that, nearly 64% of tenants also shared that their landlord was slow to make necessary repairs.

Taking Matters Into Your Own Hands

Fortunately, many tenants were able to take action to end their mistreatment. They shared the scenarios that most often led to them moving out entirely and how they felt about their new landlords. Sexual harassment was a deal-breaker for nearly all participants. About 91% of those with this experience broke their lease and moved out. But things didn’t have to get this bad for people to vacate the premises. Nearly the same number of tenants moved out if their landlord asked for rent in bitcoin or other cryptocurrencies.

An early scam involving landlords and cryptocurrency rent payments surfaced in San Francisco in 2001 — evidently, people were aware this was not acceptable and left. A recent cryptocurrency rent scam clearly justifies this sentiment, with coins, like Bitcoin being harder to trace back to the recipient.

More than half of the respondents were willing to leave their rental because of a lousy landlord. However, many who did so may still be unsatisfied: 43.3% of all tenants surveyed agreed that they “hate” their current landlords, including those who left their former landlord due to misconduct.

As for those who haven’t left their living situation yet, many are considering it. More than three-quarters say they’re going to move this year, even in the face of increased rental prices. While about 23% of tenants terminated their lease early after dealing with a bad landlord, 25% opted to wait until the end of their lease to find another place to live. Women were nearly 30% more likely than men to go this route.

Meanwhile, men were 34.1% more likely than women to report the landlord to state authorities.

While there are some legal gray areas when it comes to renting, many rental laws are black-and-white. We asked respondents how familiar they are with their state’s tenant rights and whether or not they’ve ever exercised them. Their answers are compared below by gender and age group. Most people (77.1%) considered themselves aware of tenant rights within their state. While men and women appeared to understand their rights relatively equally, men were much more likely to enact these rights, as were older respondents age 50 and above.

If you’re a renter and unaware of your rights, you can familiarize yourself through the U.S. Department of Housing and Urban Development. It’s important to know if your state has security deposit limits, grants landlords access to the premises, offers rent control, and the particulars of your local repair policies.

Next, we gave tenants a chance to air specific grievances about their landlords. One thirty-year-old woman had a big enough leak in her garage that it produced more than a gallon of water each day and took months to “fix.” She explained that all that the landlord did was use “some duct tape to hold it over.”

But other tenants had even worse problems than water coming through their walls: another thirty-year-old woman said that multiple possums had chewed their way into her home’s interior. Like the previous woman’s landlord, hers did little to fix the issue. “It was a nightmare,” she said.

Clearly, many American renters have it pretty bad. Despite knowing and often exercising their rights, most tenants have experienced something inappropriate from their landlord, including but not limited to secret videotaping, verbal threats, and sexual harassment.

Even when renters managed to escape these behaviors, they still had to deal with increasing rent prices, along with the rest of the country. If you, as a renter, share any of these experiences, know that you’re not alone; there are actions you can take and rights you can exercise to assure you’re treated fairly.

The margin of error for our sample of respondents was 3% at a 95% confidence level. These findings rely on self-reported data, and potential issues with self-reported data include but are not limited to selective memory, hindsight bias, and telescoping.

The conversation around rent is an important one right now in the U.S. If your fellow renters or someone you know may benefit from these findings, you are welcome to share this research. Just be sure your purposes are noncommercial and that you link back to this page. 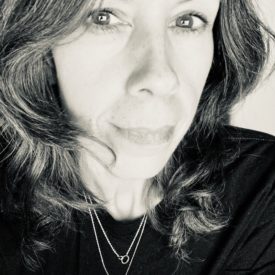 Jana Freer has held a California real estate license since 2006 and has written extensively about the U.S. real estate market since 2011.