Understanding the difference between an independent contractor and an employee is crucial for both business owners and freelance workers.

But what exactly is the difference between an independent contractor and an employee?

The line between independent contractors and employees has begun to blur today, as more people are working as both freelancers and contracted employees.

Do you know if the Internal Revenue Service (IRS) would consider you — or your staff — an “employee” or an “independent contractor?”

Misclassification can lead to financial penalties — we’ll show you the differences between these two forms of work so you can avoid them.

Before hiring an employee, make sure to use an employment verification letter to verify their income and employment history.

10 Key Differences Between Employees and Contractors

Primarily for tax reasons, the IRS must understand which workers are employed by a company and which are independent contractors.

On the other hand, an employment relationship is formed between a business and an individual once an employment contract is signed.

Freelancers typically have one area of expertise and possess specialized certification and training. A contractor who specializes in repairing Apple devices, for example, might bring a higher level of specialization than a generalized IT worker.

A client doesn’t get to dictate how much of an independent contractor’s time is taken up by other work. Freelancers are often balancing work from more than one client, as well as marketing their services to attract others.

An employee is expected to focus on work-related tasks during office hours. Completing personal projects during this time is typically frowned upon or prohibited, and may even breach the non-compete agreement built into an employee’s contract.

4. Scope and Degree of Work Defined by a Contract

By contrast, an employment contract between a company and an employee must be exceptionally clear, because there’s much more at stake in this relationship (benefits, hiring costs, etc.).

Payout structures are quite different between employees versus independent contractors. While an employee must be paid on time at agreed-upon intervals, a contract worker sends invoices at an interval of their choosing.

For example, a freelance writer may agree to receive payment after completing an assignment for a flat fee, whereas a freelance web developer may charge clients once per month based on their hourly rate. Payment for independent contractors is more flexible than it is for employees.

In most cases, a client isn’t able to dictate which tools or methods a contractor uses to complete the work unless it’s specifically agreed to in the contract terms. An employee is usually provided tools to use and may be barred from using alternatives.

For an employee, IRS paperwork typically comes in the form of a W-4, which dictates how much tax money will be withheld from each paycheck.

For an independent contractor, however, different forms are used: A W-9 form records the worker’s name and Tax Identification Number, which can then be used by the employer to fill out a 1099. The 1099 form records payments, so the IRS can keep track of how much money the worker earned, and tax them accordingly.

If an independent contractor is paid more than $600 from a company, they will receive a 1099 form.

Most businesses must provide their employees with certain protections and benefits, but this doesn’t apply to an independent contractor. While it’s smart to have some form of insurance (such as professional liability coverage) in a work agreement, contract workers aren’t entitled to legal protections like unemployment and worker’s compensation.

10. Delegation and Other Expenses

Unlike employees, independent contractors aren’t barred from delegating out parts of their work or consulting with other professionals. But this flexibility should be laid out clearly in the terms of the freelance contract.

If the detailed points above didn’t clear this up for you, here is an easy-to-read chart describing the differences between independent contractors and employees.

The IRS used to have an extensive 20-point checklist to help individuals determine whether a worker was an employee or an independent contractor. However, things are simpler today.

Specifically, the new IRS independent contractor test system covers many of the same bases with a less complicated approach, distilling the 20-point checklist into three categories.

These categories are used as an “independent contractor vs employee checklist” to determine status by looking at issues like instruction and training, place and sequence of work, methods of payment, and so forth.

First, the IRS looks at the degree of control an employer is able to exert over the way an employee works.

If the evaluation system, degree of instruction, and levels of training are relatively extensive, the IRS will likely consider a worker to be an employee, rather than an independent contractor. In other words: the more instruction a worker receives with regard to their methods, the more likely they are to be considered an employee.

Next, the IRS considers who directs or controls certain aspects of the job the worker is doing.

For example, if the employer can dictate which tools the worker uses, the worker is an employee. In this case, the employer would also be responsible for providing those tools. The inverse would be true for a contract worker who can pick their own tools but must purchase them with their own resources.

Depending on the nature of your work, you may want to require employees or contractors to sign a non-disclosure agreement to protect confidential information.

To determine whether a worker is an independent contractor or an employee, the IRS considers how permanent the worker’s relationship is with the employer, as well as whether the employer is responsible for providing the worker with benefits like insurance.

Regardless of what’s in the employment contract, the IRS will determine a worker’s status based on how the relationship is actually carried out.

Not sure whether to hire an employee or a contractor? Consider the following pros and cons:

Pros of Hiring an Independent Contractor

Cons of Hiring an Independent Contractor

When deciding whether you prefer working as an employee or an independent contractor, consider the following:

Pros of Working as an Independent Contractor

Cons of Working as an Independent Contractor

It’s important to note that although independent contractors may delegate their work to other freelancers, they’re not allowed to have employees working for them.

The government wants its tax money, so it relies on each business to properly classify every member of its workforce.

This is where the independent contractor vs employee distinction gets serious. A wrong decision can wind up costing the government money — and the potential penalties levied on you reflect that.

The typical penalty is a fine, which can be steep depending on the severity of the offense. And if the IRS deems the infraction deliberate, the guilty party may even face jail time.

In most cases, the IRS will assess the situation and cut employers a break when they think the misclassification was unintentional.

Intentional misclassification, however, is considered fraud, and the penalties are serious. Criminal prosecution and fines of $10,000 or more are possible if the infraction seems deliberate and severe enough.

How to Make the Proper Distinction

Regardless of what relationship you choose for yourself or your workers, making the right distinction is important — both for the IRS and your business.

Understanding the difference between an independent contractor and an employee requires careful consideration, and both types of employment come with unique advantages and disadvantages.

To determine which employment classification applies to a given business relationship, the IRS asks you to consider:

The more control a worker exerts over the relationship and assigned tasks, the more likely that worker is an independent contractor. 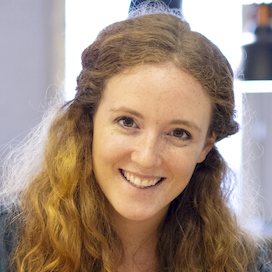 Mollie Moric is a staff writer at Legal Templates. She translates complex legal concepts into easy to understand articles that empower readers in their legal pursuits. Her legal advice and analysis...